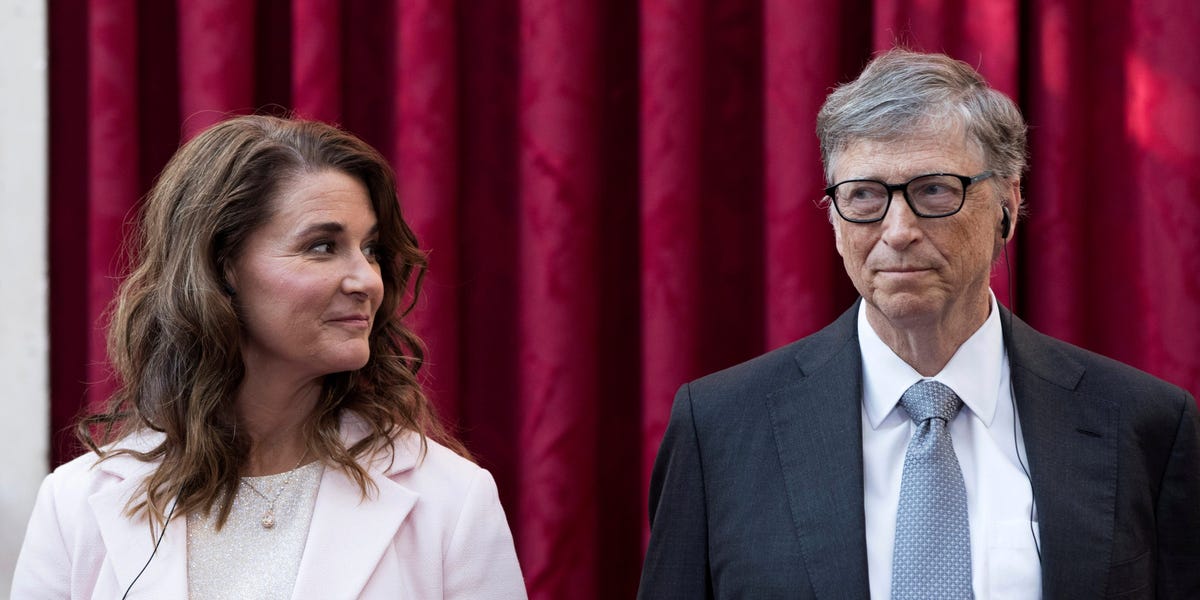 Melinda French Gates plans to address staffers at the Bill & Melinda Gates Foundation on Wednesday for the first time since she and Bill Gates announced they would divorce, as the $65 billion philanthropic organization faces mounting internal questions about its future and its mission.

The couple’s split and headlines featuring claims of improprieties by Gates have led to a clear sense of unease within the ranks, according to three current employees, who spoke with Insider on the condition of anonymity. In recent weeks many staffers, worried about the long-term fate of their programs, have begun to polish their résumés, two of the sources said.

The impact the couple’s divorce might have on their namesake foundation is just one of several things that have sent shock waves throughout the foundation, along with the abrupt resignation of Warren Buffett from the board in June and details of Gates’ relationship with the convicted sex offender Jeffrey Epstein.

“So many people working at the foundation sacrificed a lot to get here,” one of the employees said. “Now they are asking, ‘Why did I leave my job and come all the way to Seattle?'”

The foundation has distributed more than $60 billion in grants since it was established in 2000, including nearly $6 billion in 2020, and is considered a global leader in efforts to combat infectious diseases and poverty. But recent events have prompted questions about whether the foundation’s mission to change the world can withstand the reputational damage brought on by the human fallibility of its eponymous patrons.

For some of those employees, frustrations with the foundation started before the divorce, following months of reports that the Gates Foundation encouraged vaccine researchers at Oxford University to sign an exclusive deal with AstraZeneca, forgoing its plans to donate its intellectual property to open-source efforts.

The vaccine allegations were “dispiriting,” said a second employee, who said they started wondering whether the foundation’s main goal was not to save lives but to do “reputation laundering for Bill.”

“It’s hard to separate that from where we’re actually doing good,” the person said.

A Gates Foundation representative said the foundation did not direct Oxford to AstraZeneca but was simply one of many groups advocating that Oxford partner with a private, multinational company to deliver the vaccine more effectively. The representative said the foundation did not have any role in negotiations related to the agreement. The person also took issue with the staffer’s characterization of reputation laundering.

“Bill and Melinda started the foundation more than two decades ago after reading an article in The New York Times about the devastating number of children who die from diseases, such as diarrhea and pneumonia, that are easily treatable in high-income countries, and they have been engaged in global public health ever since,” the representative said. “They both remain deeply committed to the work of the foundation and have made strong statements expressing their optimism about the foundation’s work and future.” 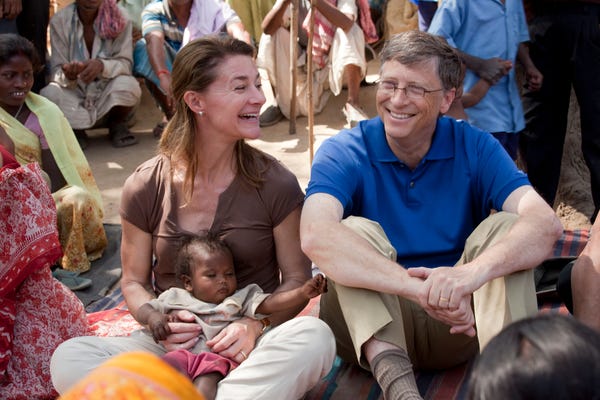 The Gateses with women of the Musahar community in 2011. Bill & Melinda Gates Foundation

In response to internal worries about the future, the person said “the past months have understandably raised questions for employees, which is why we are committed to sharing transparently our plans for governance changes that will ensure the foundation is best equipped to tackle the complexity of global challenges that lie ahead over the long term.”  (You can read the full statement at the end of the article).

The foundation will broadcast the Q&A between French Gates and CEO Mark Suzman, which one employee said typically would have also been attended by Gates, to its still-remote workforce over Microsoft Teams on Wednesday, according to an email obtained by Insider. She’s set to answer questions about the $15 billion donation she and Gates made to the foundation after announcing their divorce while also giving a “preview” to changes in the organization’s governance structure.

Even some of the most steadfast employees saw their confidence tested in the wake of news coverage following the divorce. People at the foundation “took it really seriously” when stories resurfaced about Gates’ friendship with Epstein as well as claims of romantic affairs and office bullying, a third employee told Insider.

(A representative for Gates said he did not have a “personal friendship” with Epstein.)

For now, attention has moved on to the more practical questions of what governance will look like at the foundation following the departure of its third trustee, Buffett, the Berkshire Hathaway CEO who resigned from the board in June.

For the past 15 years, funding priorities have been decided by Gates and French Gates, with some operational input from Buffett, whose anti-bloat philosophy has kept the organization lean even as its endowment grew. Buffett explained the reasoning behind his departure in an open letter.

Buffett’s departure was a big blow for some employees who viewed him as a “neutralizer” between Gates and French Gates and their occasionally unrealistic expectations about what the organization could accomplish.

It’s an open question whether new, yet-to-be-announced board members will have enough power to rein in Gates’ “manic energy,” the second person said. But there’s also some optimism that a new governance structure could bring balance to the organization, the third person said. 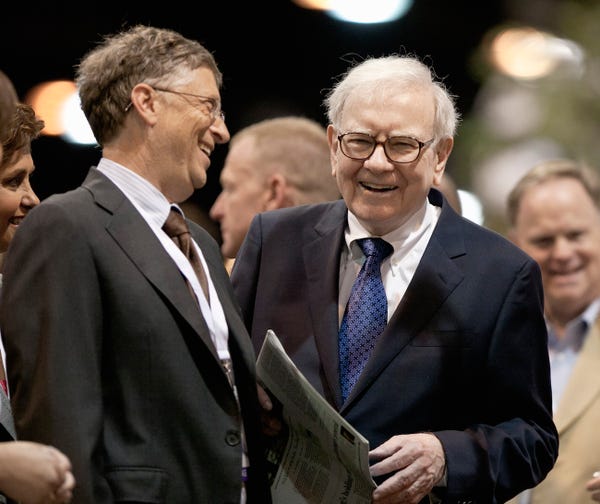 Gates with Warren Buffett, the chairman and CEO of Berkshire Hathaway, in 2012. Nati Harnik/AP Images…
Source