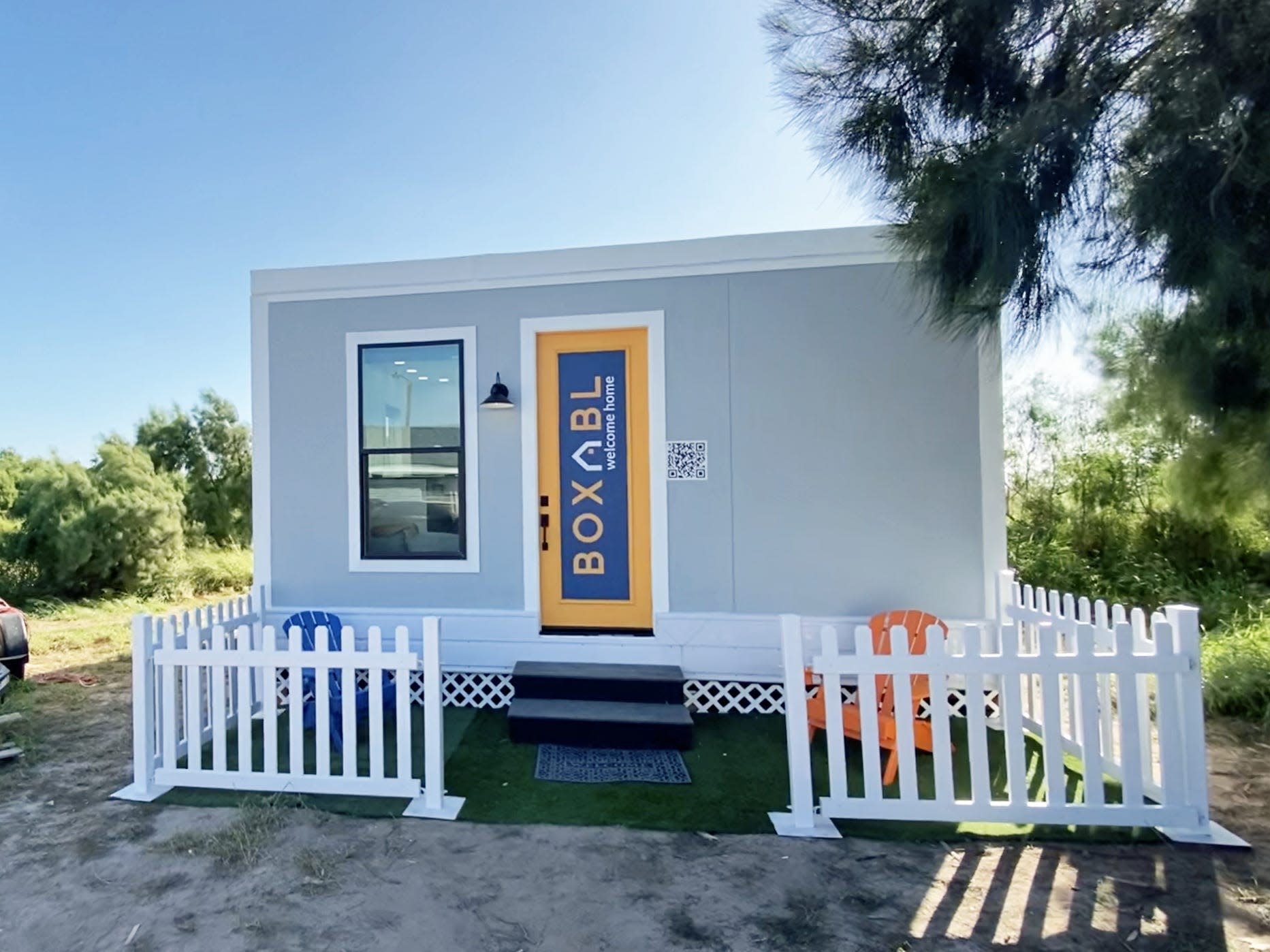 A photo shared with Insider appears to show Boxabl delivering a Casita to SpaceX. Jorge Ramirez

Tiny homes have become an undeniably popular alternative to the classic family home or apartment.

The little living units have become popular and seem to have attracted the attention of one of the world’s richest men: Elon Musk …

A photo shared with Insider appears to show Boxabl delivering a Casita to SpaceX. Jorge Ramirez

… who tweeted in June that he lived in a $50,000 tiny unit that he rented from SpaceX in Boca Chica, Texas.

Curious about the tiny home believed to house a man who could afford countless mansions instead?

In November, Boxabl said it installed a Casita in Boca Chica for a “top secret customer.”

A photo shared with Insider appears to show Boxabl delivering a Casita to SpaceX. Jorge Ramirez 9:44

“Pretty exciting to have these guys as our initial customer,” Boxabl’s founder, Galiano Tiramani, said in a YouTube video. “I think it indicates that people agree that we’re on to something big here.”

Tiramani did not confirm Musk’s residency inside the prefabricated Casita with Insider, but the company hasn’t shied away from alluding to supplying the tech powerhouse’s tiny home.

The interior of the Casita. Boxabl

But Boxabl’s identity doesn’t just center on the rumored interest from Musk.

A Boxabl unit being moved with a Tesla. Boxabl

The company’s short history spans back to 2017, when the Las Vegas team decided to create its tiny homes after it saw a “huge opportunity to transition building construction worldwide into the factory assembly line,” just like any other everyday product, Tiramani told Insider.

“There’s a number of reasons why housing hasn’t really worked in the factory yet, so we’ve gone through it and solved all those problems,” he said.

A Boxabl logo on the side of a unit. Boxabl

According to Tiramani, other prefab-home makers struggle with one glaring issue: shipping logistics.

A Boxabl unit being moved. Boxabl

But unlike other prefab homes, the Casitas can be folded down from 20 feet to about 8 1/2 feet while being transported on a truck or towed by a pickup truck.

A Boxabl unit being moved with a Tesla. Boxabl

Shipping, however, could still cost $2 to $10 a mile from the company’s Las Vegas headquarters.

But if the customer is willing to pay more for shipping, the homes can also be sent overseas or by rail.

Almost all of the Casita’s finishes – such as the kitchen, bathroom, electrical, plumbing, and HVAC – are completed in the factory before it’s shipped out.

A look inside the Casita. Boxabl

So when the Casita arrives at its final destination, the home just needs to be unfolded (which takes a few hours) and then attached to its foundation and utilities before it’s move-in ready.

The 19.5-foot-by-19.5-foot buildings can also be stacked and connected to create larger buildings. But if you’re just looking for a bigger prefab home, wait a bit. Tiramani says the company still plans to release larger units.

But starting out with the “trendy, cool, and popular” tiny homes was strategic since it’s hooked the eyes of more customers, Boxabl’s…

US, UK to arm Australia with nuclear-powered submarines

Virat Kohli to step down as India’s T20 captain after World...