The 66-year-old looked relaxed and happy as he strode into the Manhattan eatery, dressed in grey chinos and a grey sweater.

He is thought to have been accompanied by his daughter Phoebe, 19.

An aspiring ballerina, Phoebe studied in New York at The School of American Ballet at the celebrated Lincoln Center for the Performing Arts, and the prestigious Juilliard School.

She is now studying at Stanford, expected to graduate in 2025.

The pair dined at the same Nobu in May, shortly after Bill confirmed that he and Melinda French Gates were divorcing.

They are the parents of three children: son Rory, 22; and daughters Phoebe and Jennifer, 25. 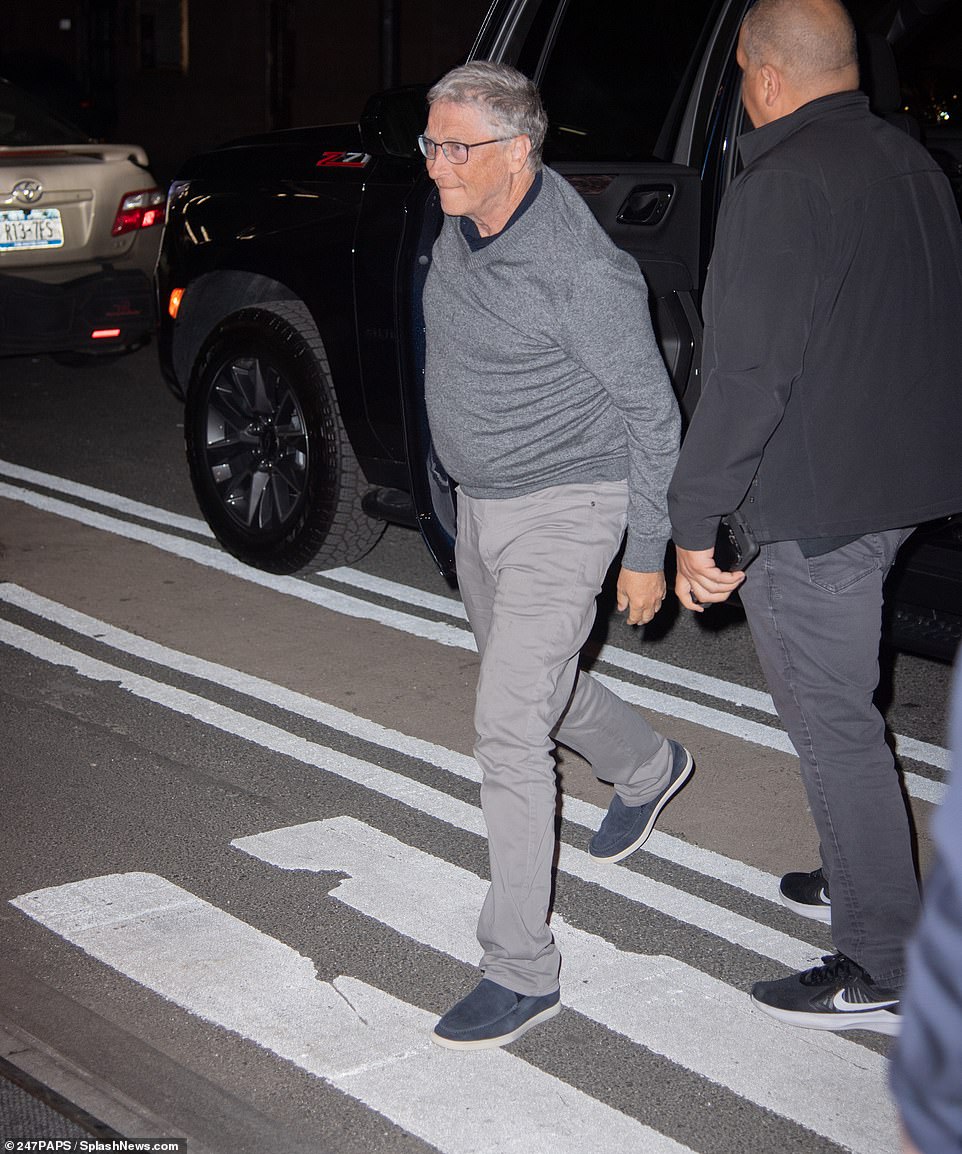 A woman believed to be Phoebe Gates, 19, was pictured with Bill. She is currently studying at Stanford university, and will graduate in 2025 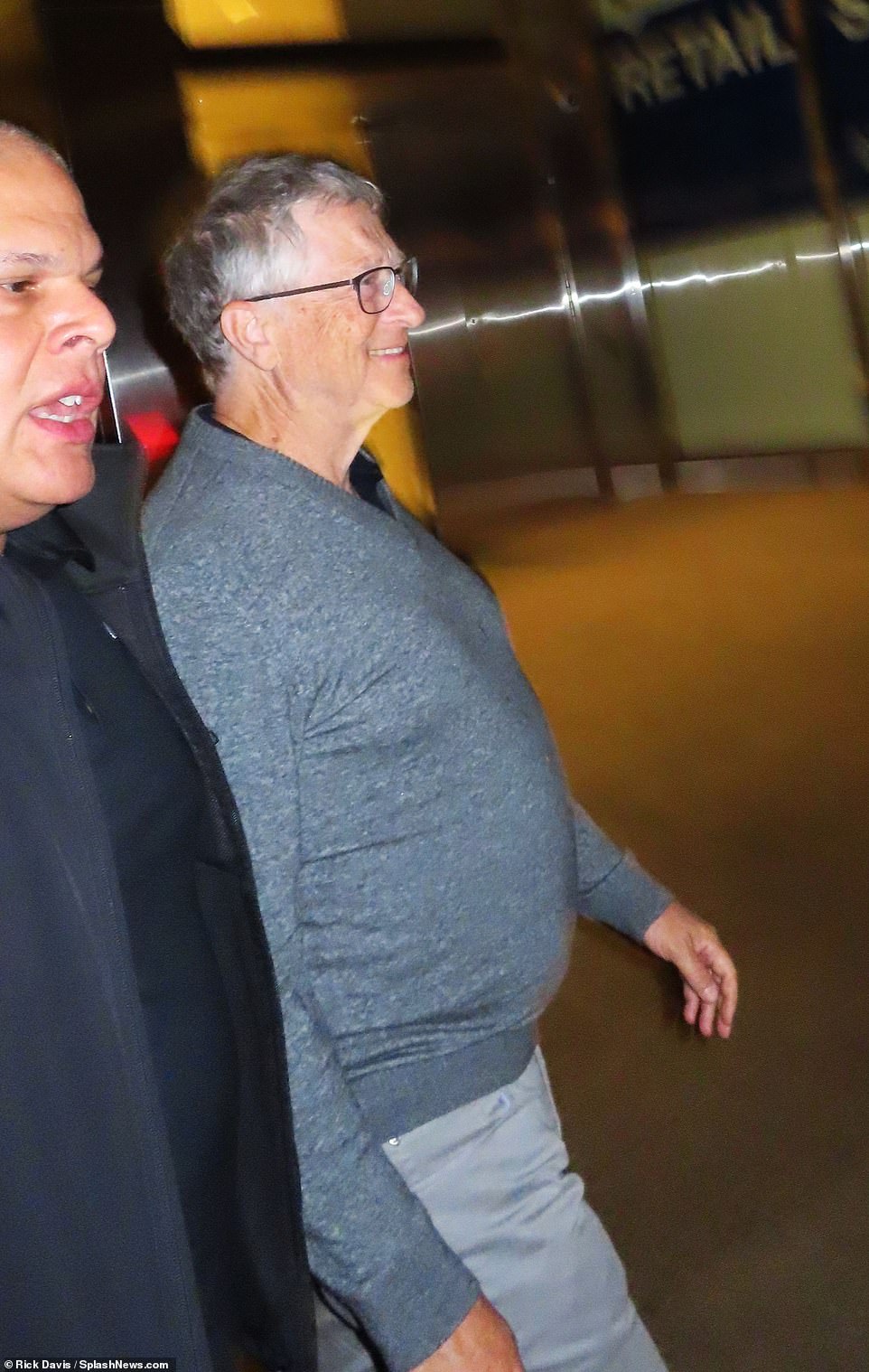 The family were all in the New York area in October for Jennifer’s $3 million wedding to fellow equestrian Nayel Nassar, at her estate in Westchester.

After their May dinner, the group were seen leaving with doggy bags of leftovers, but this time the party must have finished every morsel.

Gates, worth $132 billion, now devotes much of his time to his foundation and is preparing for the publication next month of a manifesto, How to Prevent the Next Pandemic. 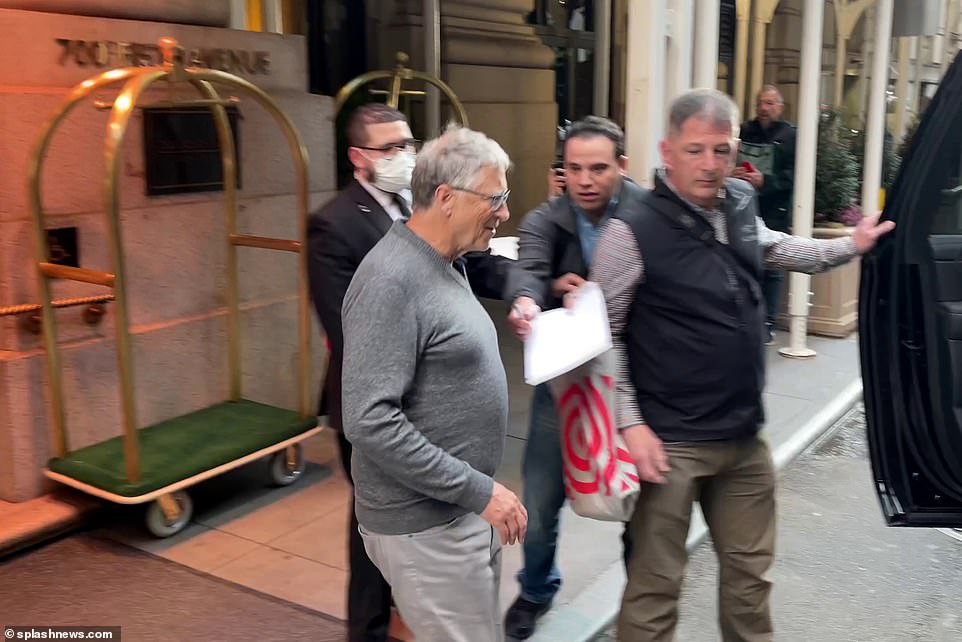 An autograph hunter is brushed aside as Gates leaves his midtown Manhattan hotel, two blocks from Nobu 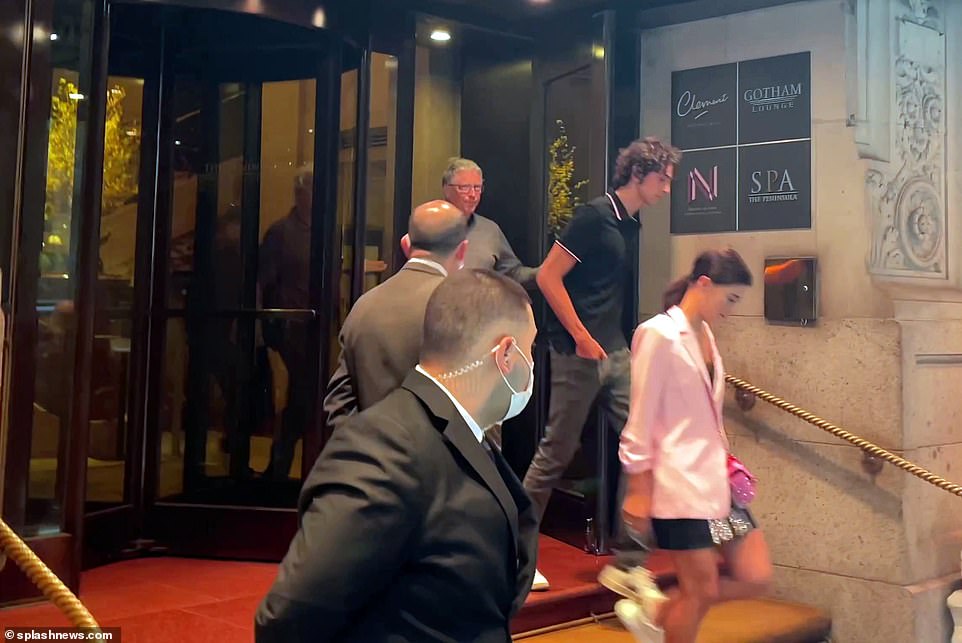 Gates was accompanied by a person believed to be his daughter Phoebe, in the pink jacket. Gates himself brought up the rear of the party as they left the hotel 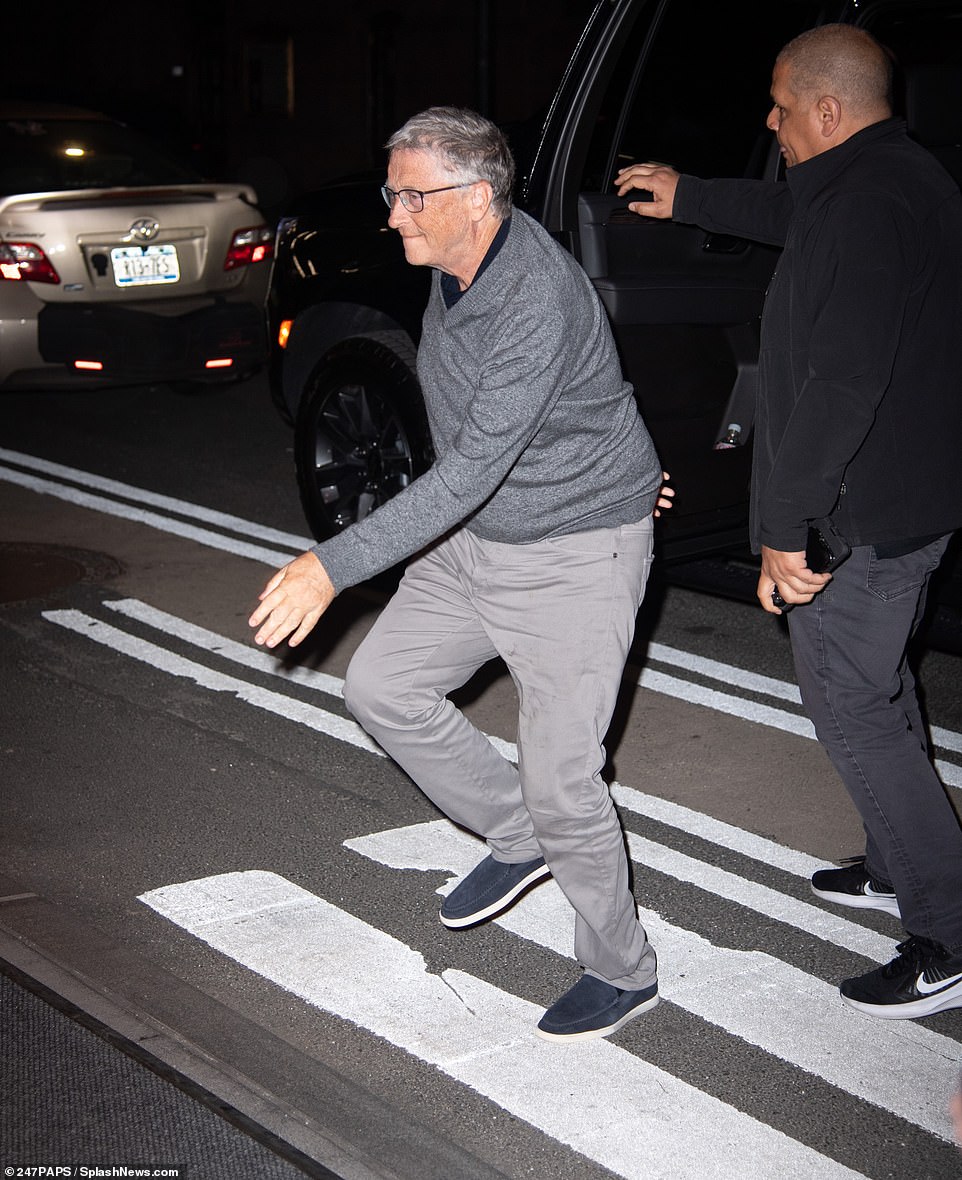 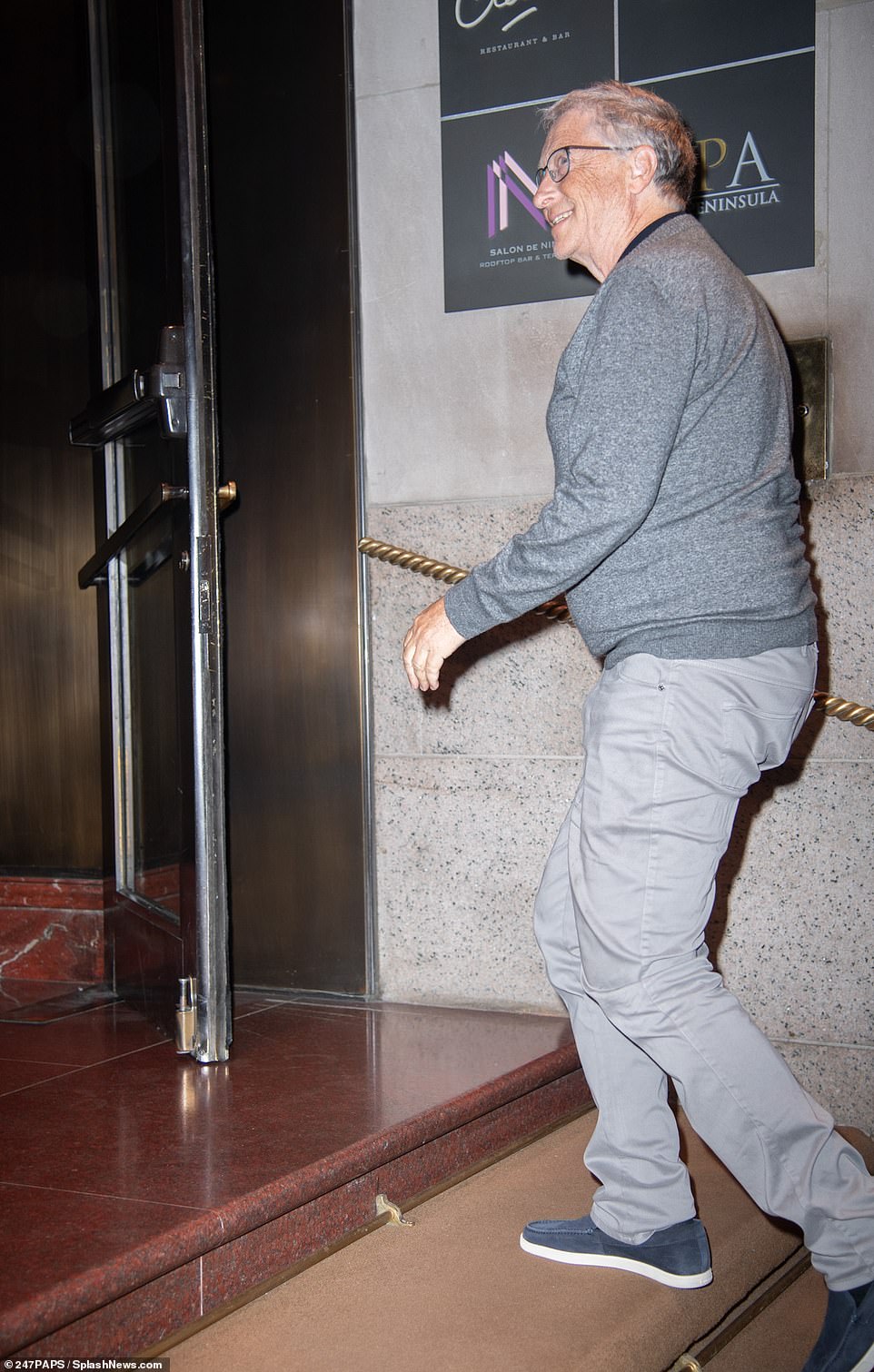 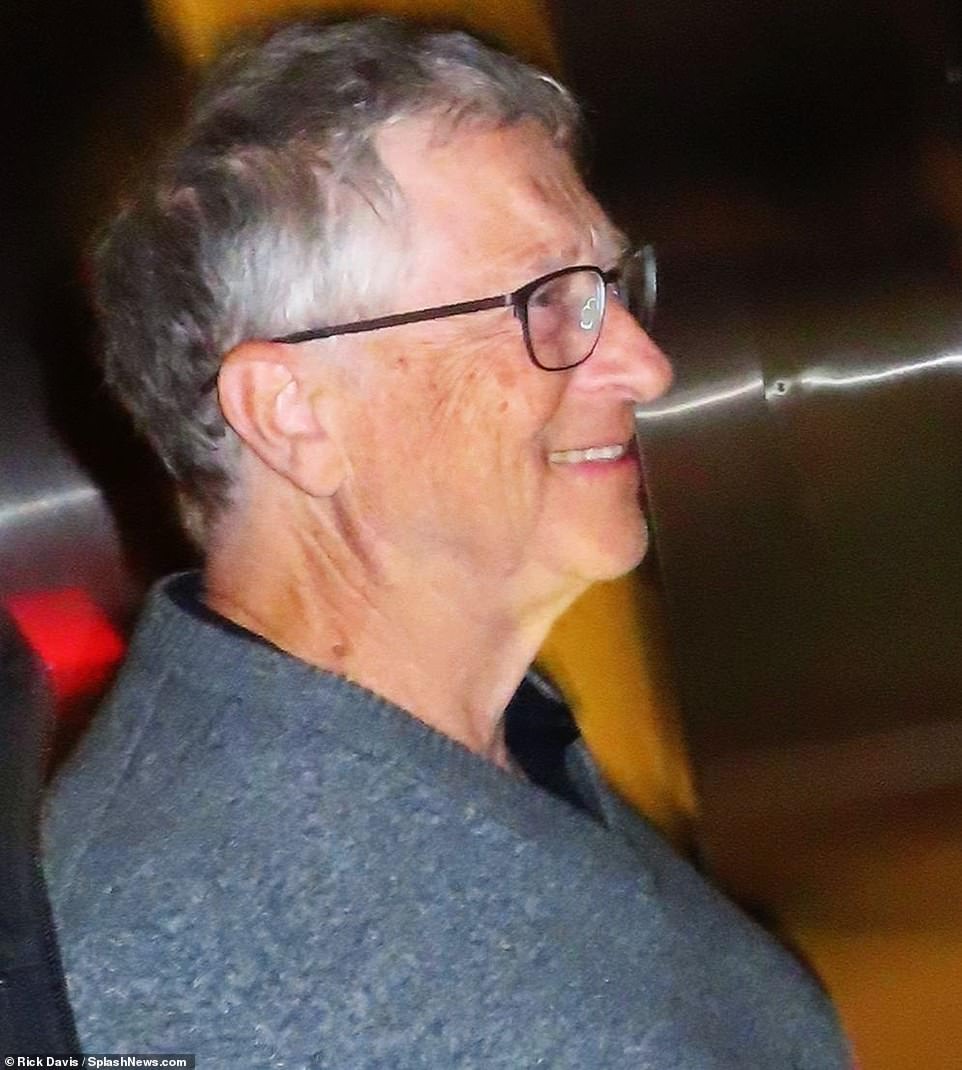 Bill Gates, 66, is pictured on Friday at Nobu in Manhattan, where he dined with a group of friends

In 2015, Gates famously warned: ‘If anything kills over 10 million people over the next few decades, it’s most likely to be a highly infectious virus rather than a war. Not missiles, but microbes.’

He has written the book to urge world leaders to learn the lessons of COVID-19, and put them to use.

On Friday he published a guest essay in The New York Times, writing: ‘When an outbreak appears to be headed toward a pandemic, there’s no time to count on luck.

‘The next time we’re faced with a contagion, scientists will need to develop treatments as fast as possible, much faster than they did for Covid.’

He stressed that governments needed to pour money into research and development of drugs, ‘investing in large libraries of drug compounds that researchers can quickly scan to see whether existing therapies work against new pathogens.’

On Tuesday, Gates – the fourth richest man in the world, behind Elon Musk, Jeff Bezos and fashion tycoon Bernard Arnault – discussed the theme of pandemic prevention at the TED2022 conference in Vancouver.

‘This week, I got to do what every nerd dreams of – talk about ideas and learn from others doing big things,’ he tweeted, accompanied by a photo of him with fellow attendee Ashton Kutcher.

‘I believe that with good ideas and collaboration, we can make COVID the last pandemic.

‘Plus, it’s not every day you can say thanks for coming to my TED Talk.’ 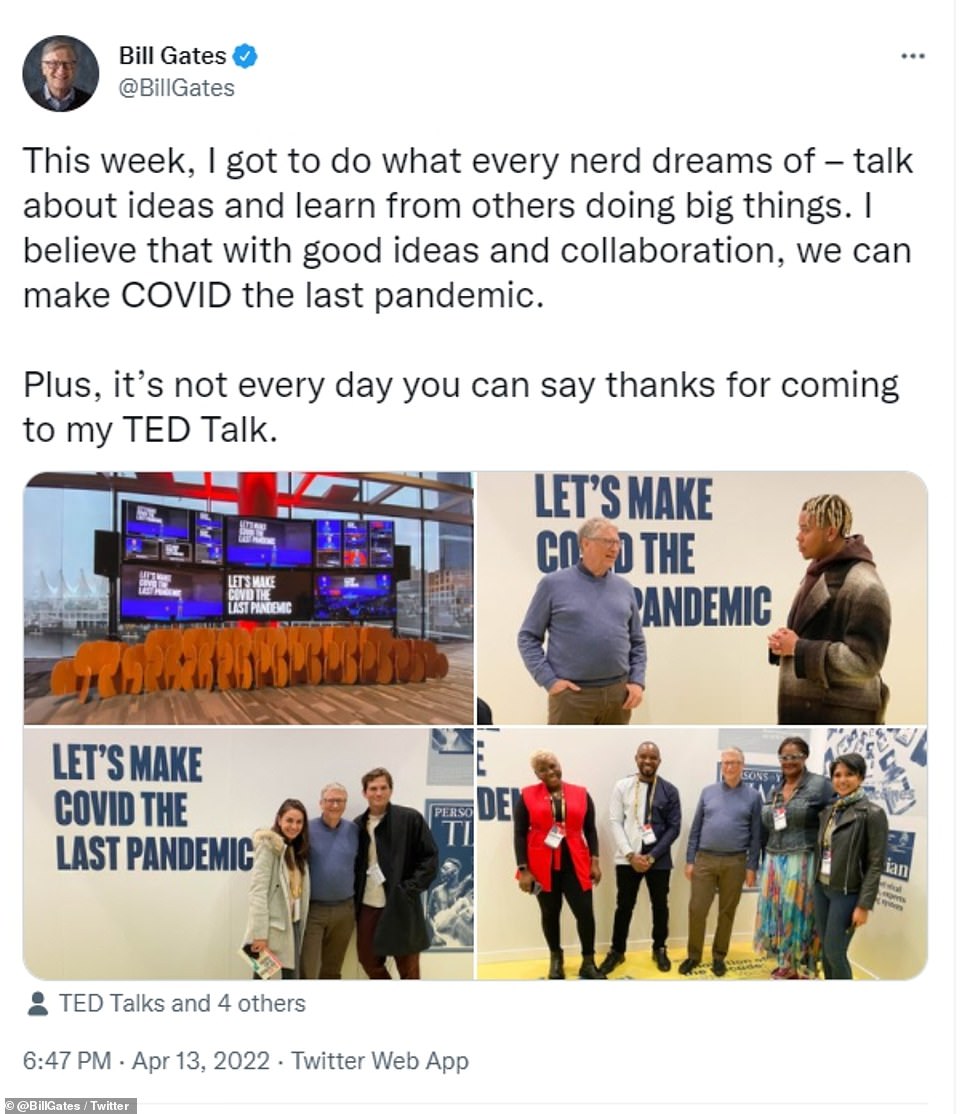 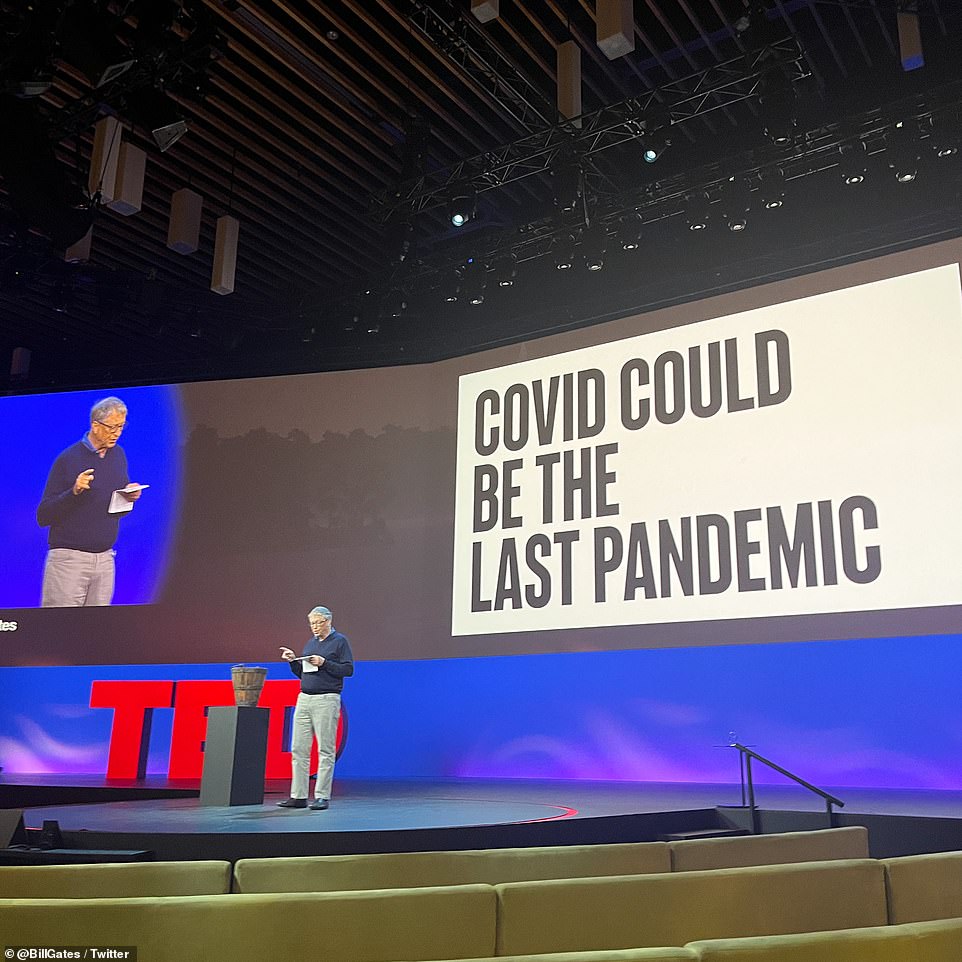