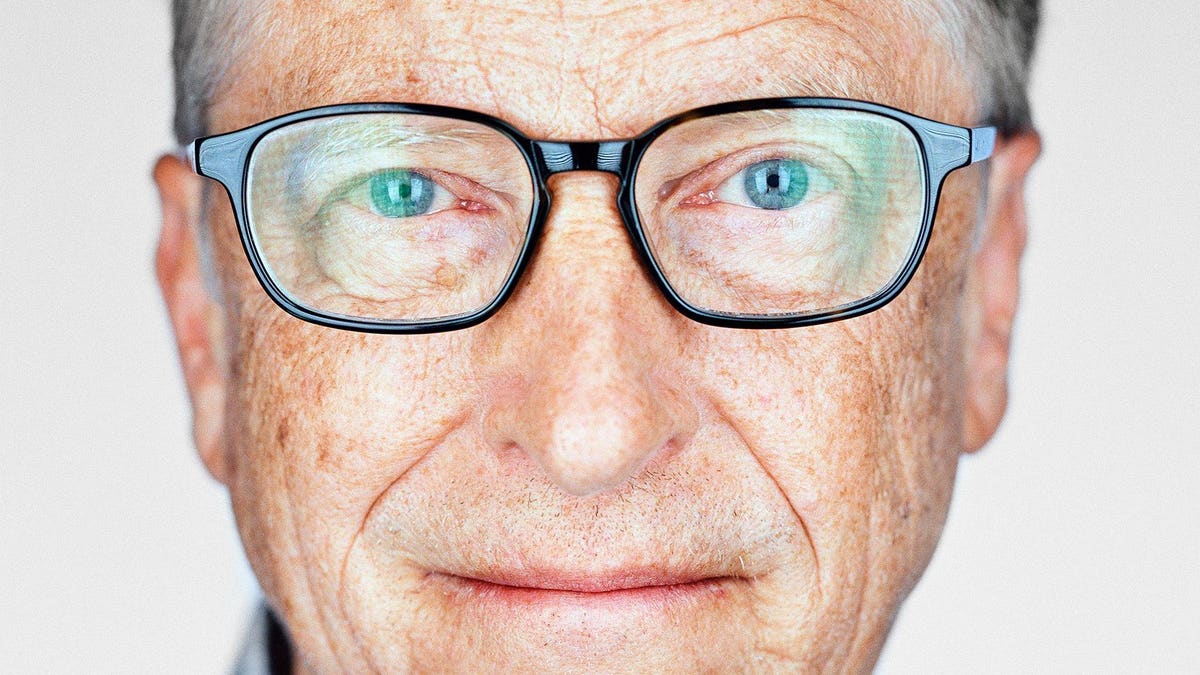 The Microsoft cofounder’s long streak as the country’s first or second richest has ended—in part due to stock transfers tied to his divorce.

ill Gates’ long streak as one of the top two richest people in America has come to an end.

For the first time since 1991, the Microsoft cofounder isn’t No. 1 or No. 2 on The Forbes 400, which annually ranks the richest people in the U.S. While Gates’s fortune jumped by $23 billion from a year ago—to an estimated $134 billion—it wasn’t enough to catch Amazon founder Jeff Bezos, Tesla CEO Elon Musk or Facebook CEO Mark Zuckerberg, whose fortunes reached new heights thanks to their respective companies’ rising share prices. Gates came in behind those three, landing at the No. 4 spot.

But the stock market isn’t the only reason Gates is down from No. 2 last year. A chunk of Gates’ net worth—at least $5.7 billion worth of shares in publicly traded companies—has gone to ex-wife Melinda French Gates after they announced their divorce in May. If his marriage and fortune had stayed intact, Gates would be richer than Zuckerberg, at No. 3 this year.

Nearly a quarter of Gates’ fortune comes from his estimated 1.3% stake in Microsoft, worth $31 billion as of September 3, the date Forbes took a snapshot of wealth for this year’s Forbes 400 list. The rest of Gates’ fortune comes from his investment firm, Cascade Investment LLC, along with other assets, such as his sprawling $143 million estate in Medina, Washington, dubbed “Xanadu.” Through Cascade, Gates owns a controlling stake in the Four Seasons Hotels, 14% of car dealership AutoNation, shares of waste management firm Republic Services, tractor maker Deere & Co., Canadian National Railway and much more.

The makeup of Gates’ fortune looks a whole lot different from when he first appeared on The Forbes 400 in 1986, the year Microsoft went public. Gates owned 45% of Microsoft’s shares at the time, and he was worth $315 million. The next year, Microsoft’s surging stock price made him the world’s youngest billionaire, worth $1.25 billion at age 31.

It was only up from there. Microsoft exceeded $1 billion in revenue for the first time in 1990, becoming the largest-ever supplier of computer software at the time. In 1991 Gates leapfrogged to No. 2 on The Forbes 400 (from No. 16 the prior year), with a net worth of $4.8 billion. The following year, in 1992, he became the richest person in America, worth $6.3 billion.

After Gates stepped down as CEO in 2000, his net worth dropped for the first time—though he still remained No. 1 on The Forbes 400. Microsoft’s stock price stumbled amid the dot-com crash while it defended itself from antitrust charges brought by the U.S. government. Gates also transferred $20 billion worth of Microsoft stock to the Bill and Melinda Gates Foundation when it was formed in 2000, shrinking his net worth even further.

Below is a look at Bill Gates’ rank on The Forbes 400 and his net worth since he first landed on the list in 1986.

Though he continued making significant donations to his foundation—which has now become the largest private philanthropic organization in the world—Gates remained the wealthiest person in America until 2017. (Longtime pal Warren Buffett was richer for a brief period in the spring of 2008, but by the time The Forbes 400 list was released later that year, Gates had reclaimed his spot.) From 1994 through 2020, Bill and Melinda Gates donated $36.8 billion to the Gates Foundation, most of it in gifts of Microsoft stock.

Gates dropped to No. 2 in 2018, when Bezos overtook him for the first time. In late 2020, Musk flew past Gates, thanks to Tesla’s staggering stock market rally. In August, Gates slipped below Zuckerberg for the first time due largely to his stock transfers to Melinda.

But the billionaire rankings are fickle. After we finalized the 2021 Forbes 400 list, an unusually long Facebook outage Monday as well as scrutiny related to teen mental health pushed down Facebook’s stock price, putting Gates back up to third-richest person in America.

Here’s a Guide on How To Build a Crypto Mining

Covid vaccination for 12-14 age group likely to start by March:...

Here’s a Guide on How To Build a Crypto Mining